The WGG-GS static probe is a machine with the combined functions of a CPT/CPTU static probe and a geotechnical drilling rig. The static probe generates a pressure of 200 kN. It is designed to perform CPT/CPTU probings used as a supplement to soil parameters tests using the traditional drilling method. The CPT probe enables the determination of such parameters as: shear strength, degree of compaction and soil plasticity. In CPTU probing, it is also possible to measure the water pressure in the pores of the ground. The probe can be equipped with a geotechnical part A or B. In version A it is possible to take samples, both with augers and NNS samplers, while version B is equipped with a 2-gear drill and is intended for geological drilling with augers up to a diameter of Ø160 mm with accessories in sections L=2m and for coreing. Additionally, it can be equipped with a cutter, winch and pipe clamp. Parameters in the table below. The device is mounted on a caterpillar carrier and has its own internal combustion engine powering the entire hydraulic system, which makes it an independent mobile unit capable of driving over rough, marshy terrain. The machine has two driving gears. 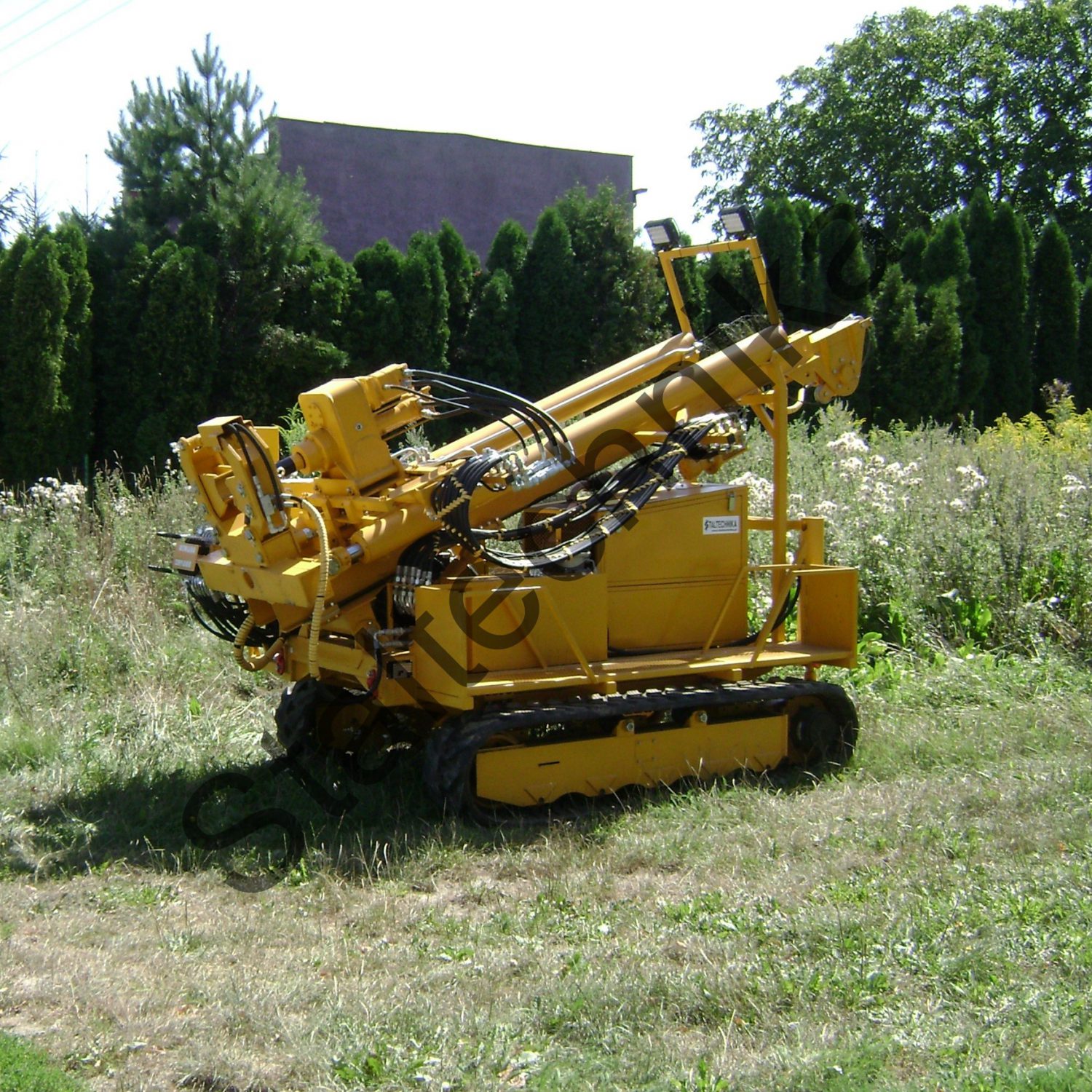 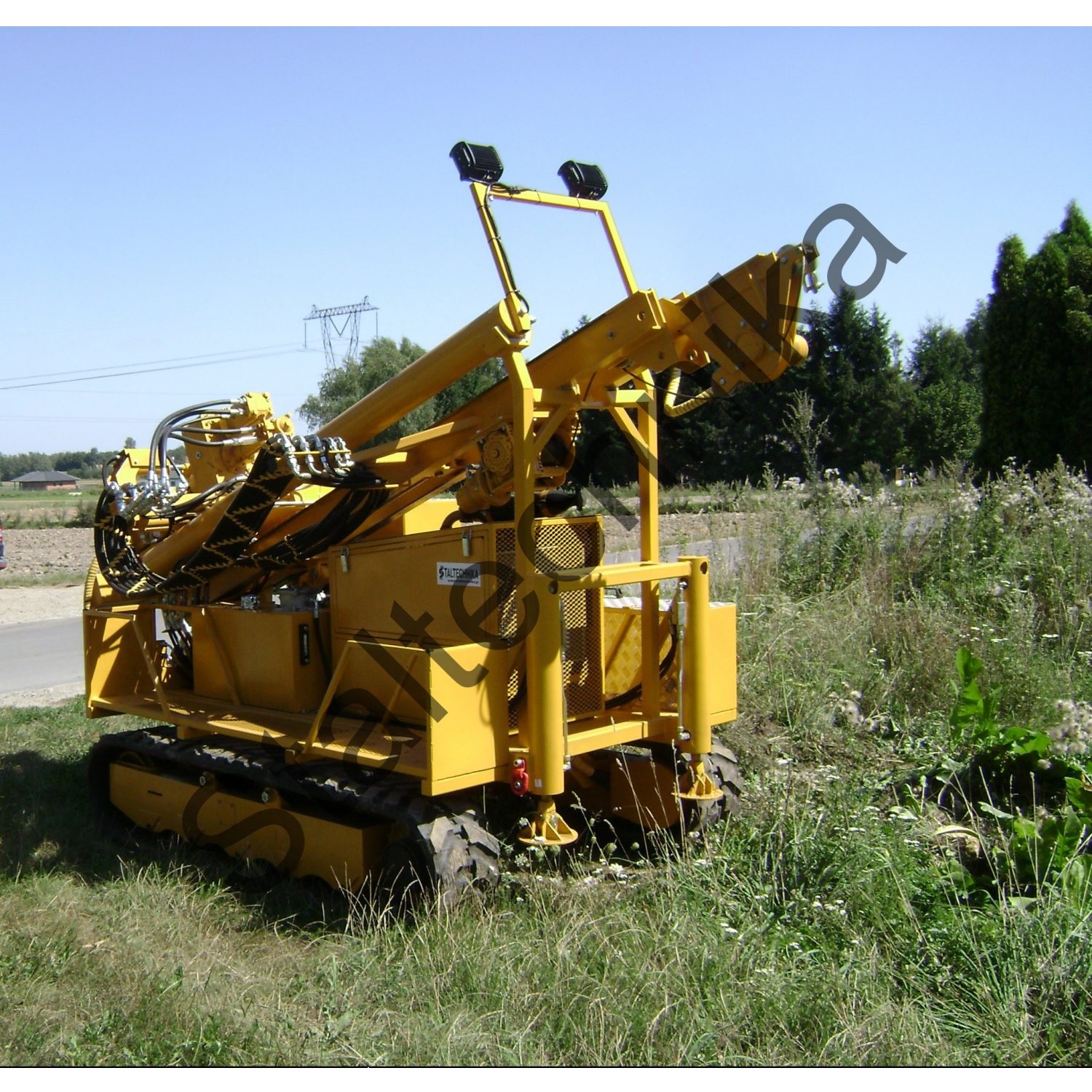 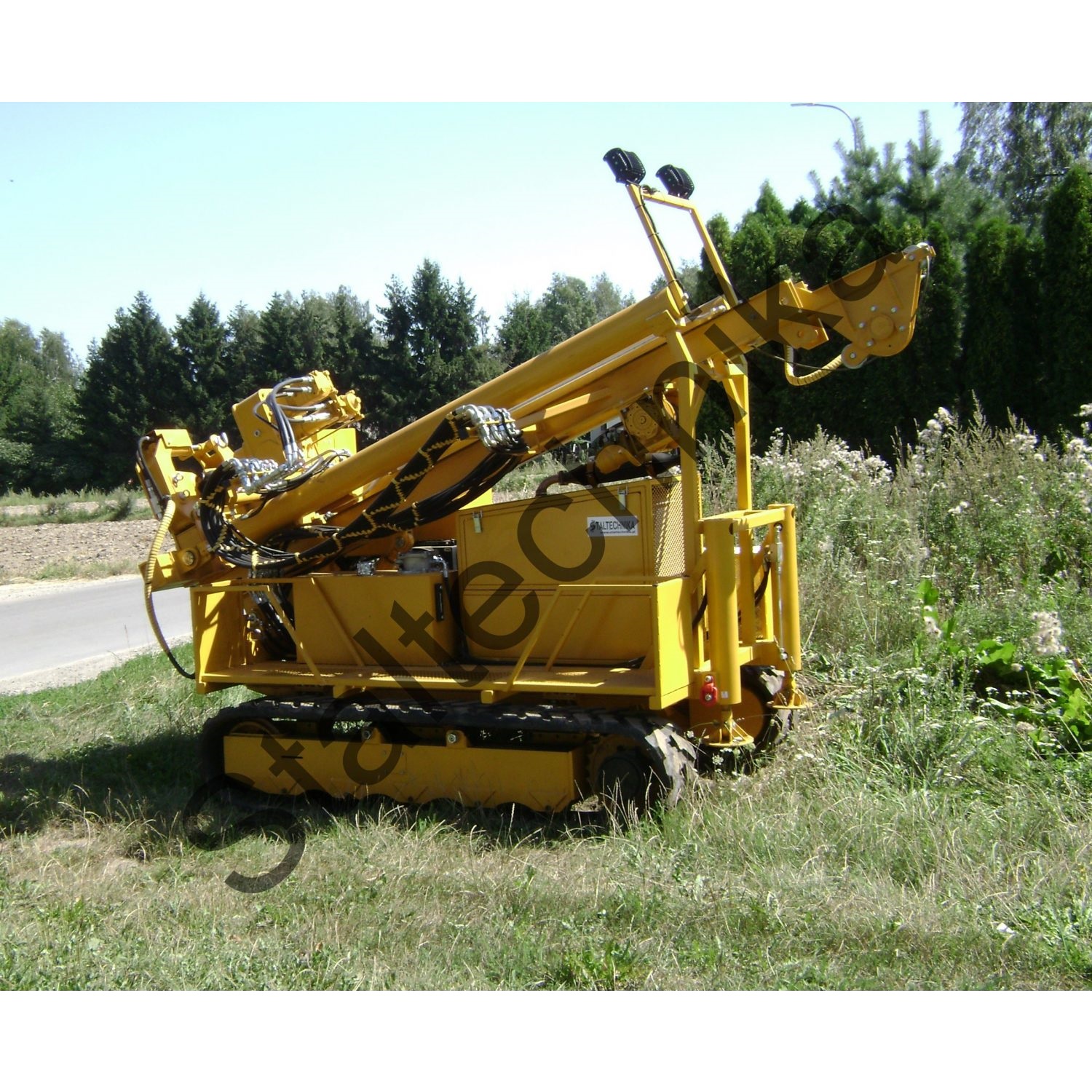 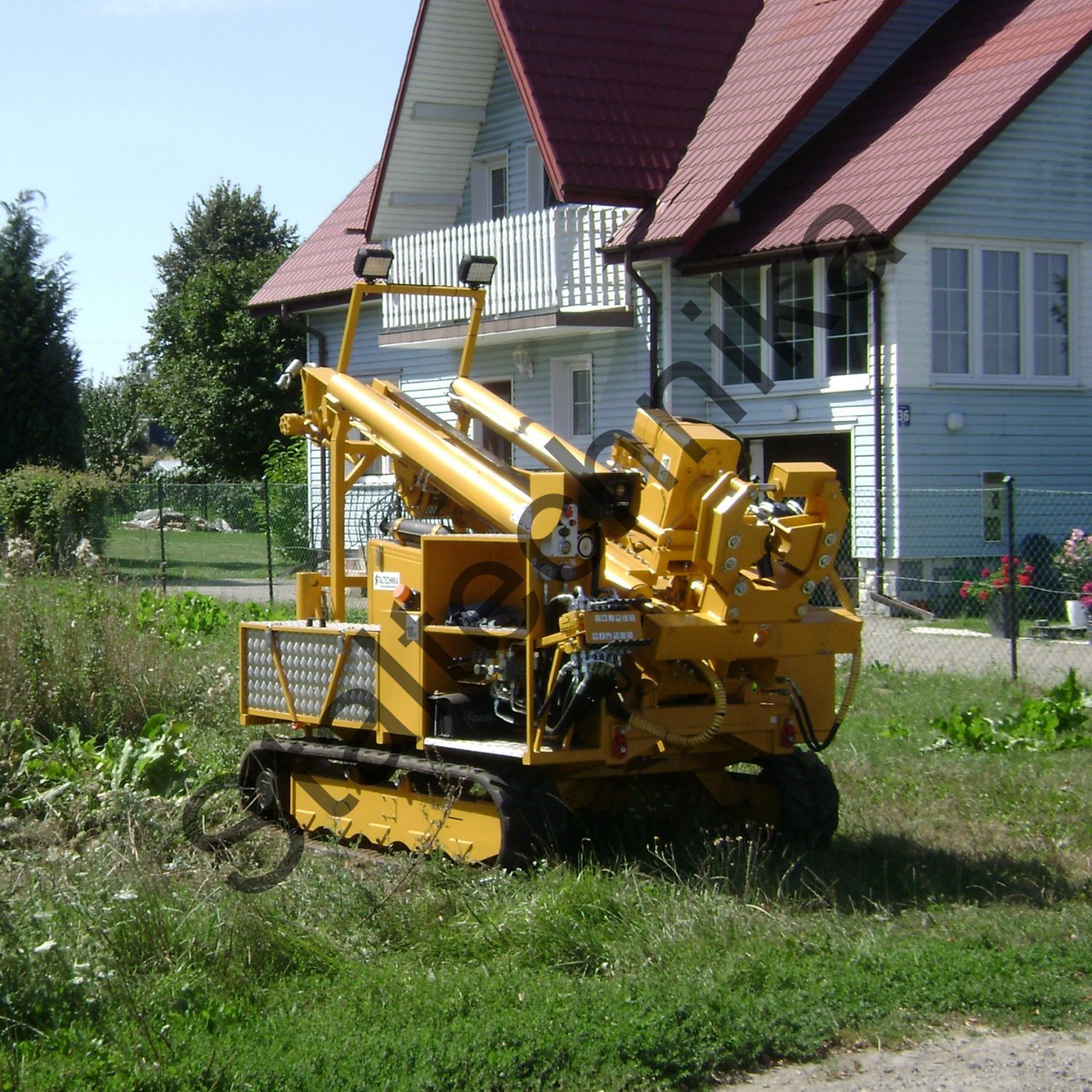 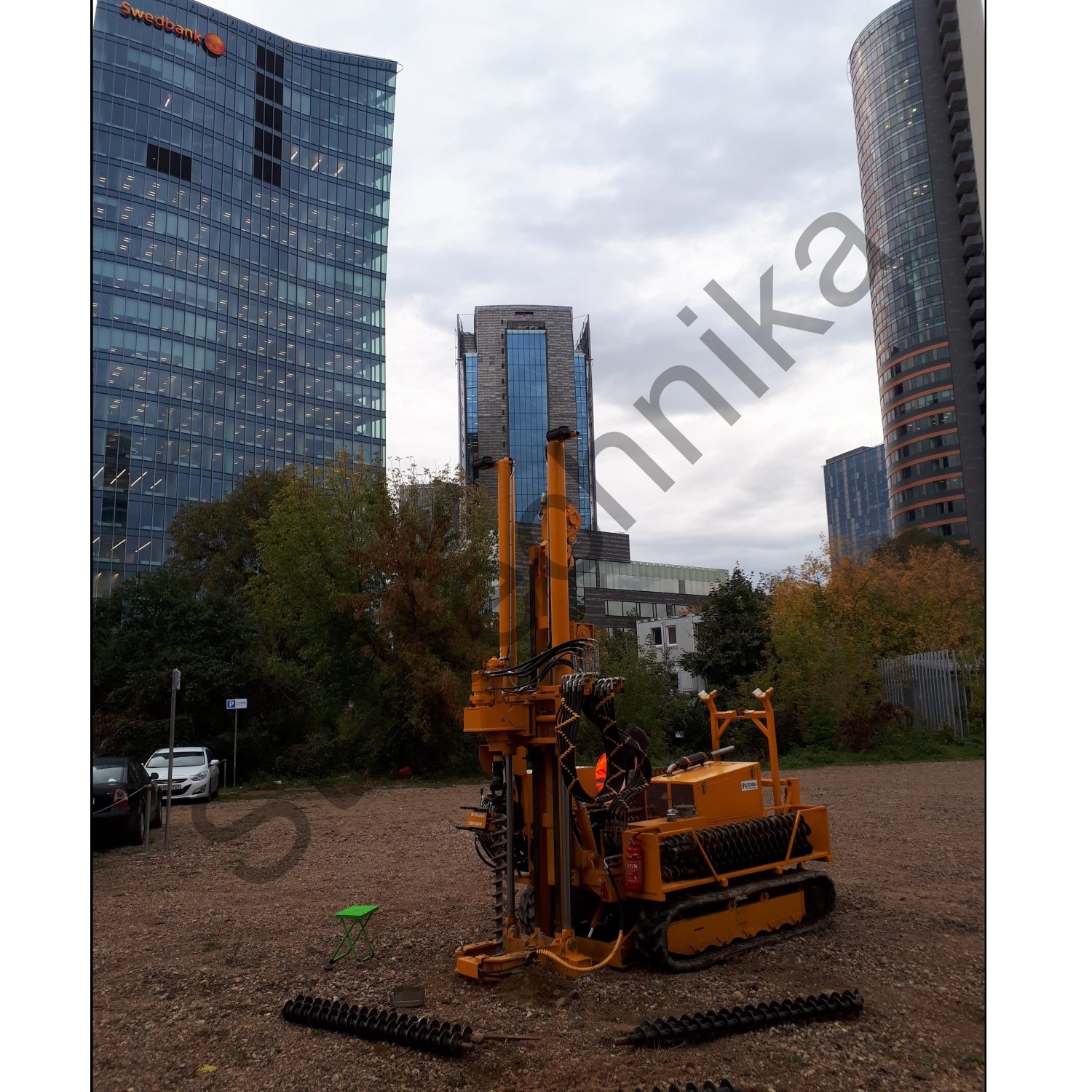 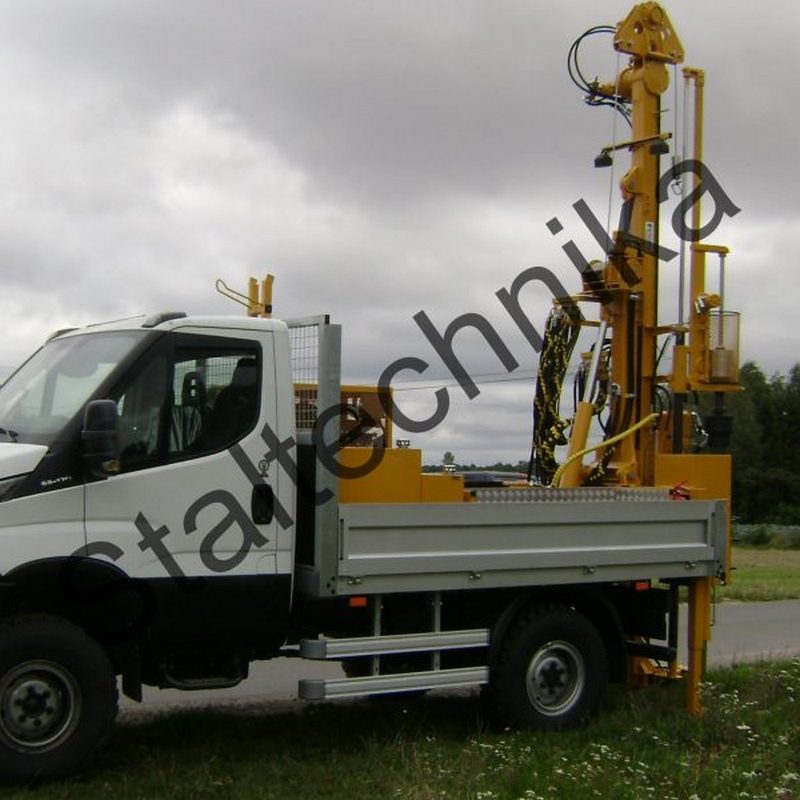 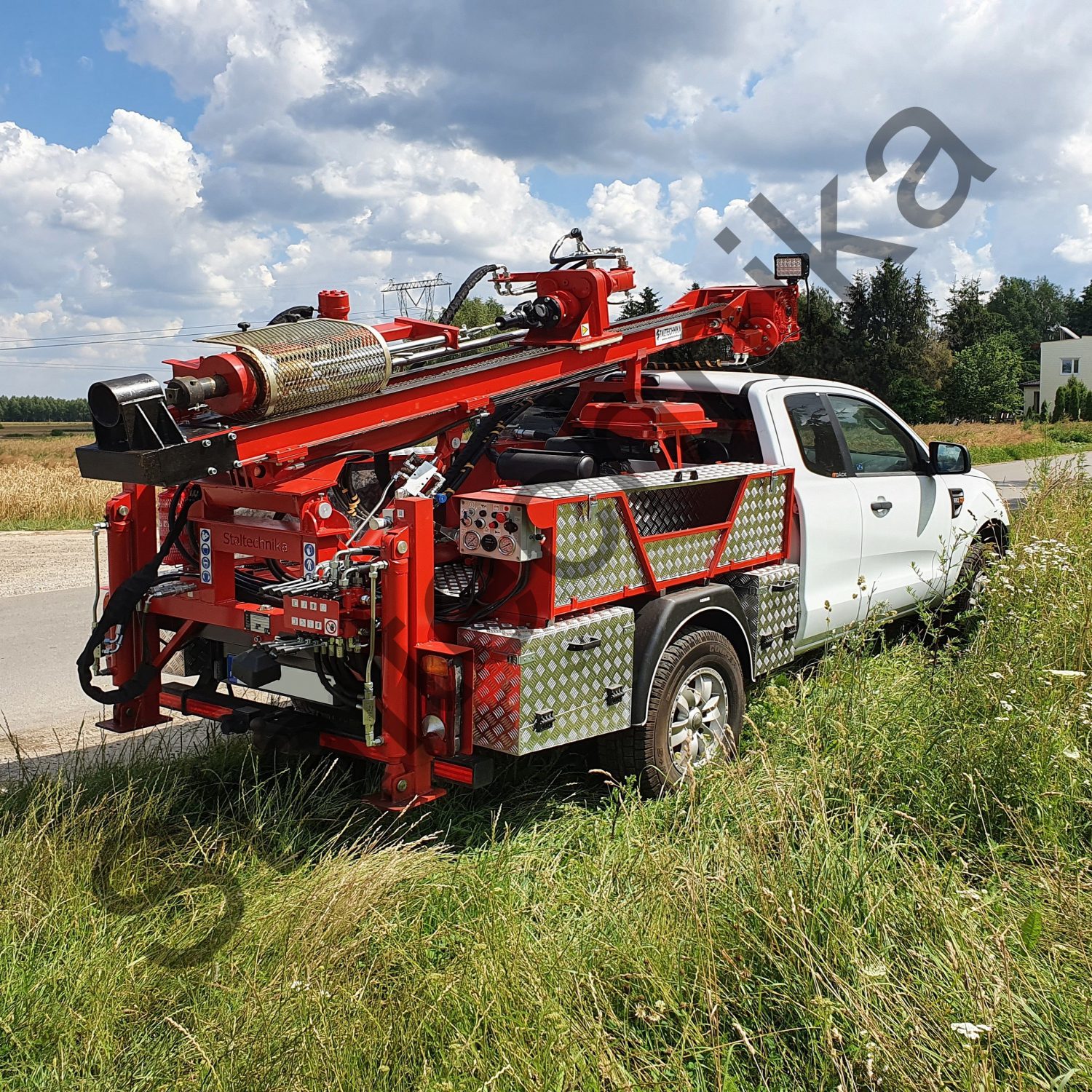